The SubScene comming with java8 solved the problem I had with the including of a perspective camera into a node that is a child of a main scene.

So the new gui is prepared: 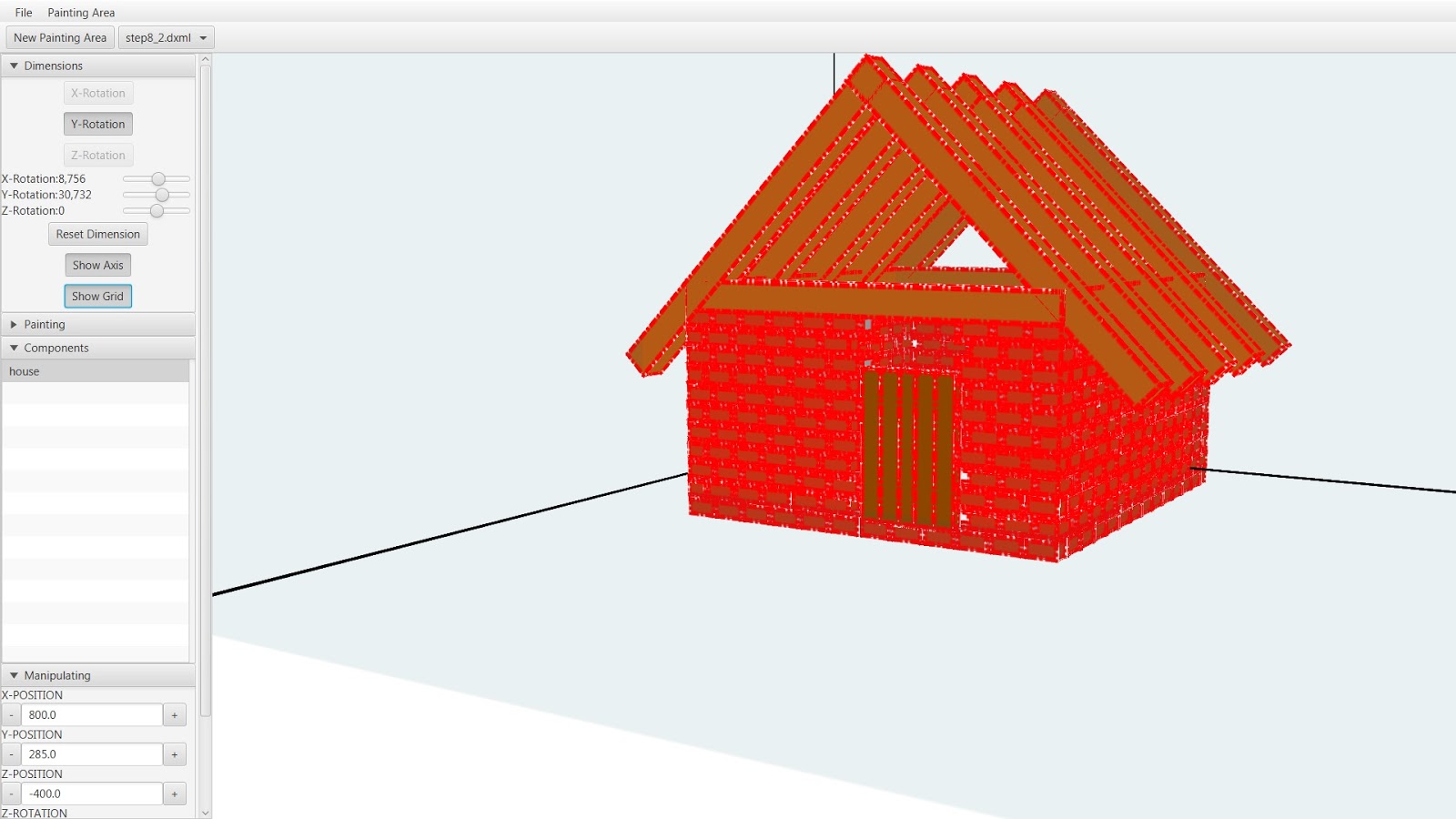 But there is another propblem comming with the SubScene: